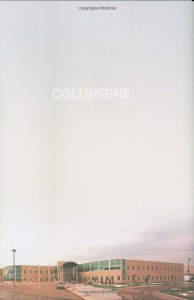 Columbine is a genus of perennial plants, otherwise known as aquilegia, containing 60-70 different species. One of these is the Colorado Blue Columbine, Colorado's state flower. Google "Columbine," however, and the first result is a reference to the massacre that occurred April 20, 1999, when Eric Harris and Dylan Klebold murdered thirteen people at Columbine High School, injured others and killed themselves. This is what "Columbine" means to the public now.

That is a sad and unfortunate fact by itself, but add to this erroneous information, misrepresentation, what people want to believe, what people want you to believe and twists of the truth amidst the facts and you have the makings of a modern myth, which is Dave Cullen's primary thesis in Columbine, a harrowing and poignant account of the massacre, the events leading to the massacre, the lasting aftereffects and the elements that contributed to a manufactured version of the truth.

Cullen contends that the general public's knowledge of the events that transpired are skewed in some cases and flat-out wrong in others, the results of a mixture of bad reportage, self-serving interests and official cover-ups by investigating officials. Since ten years had passed between the massacre at Columbine and the publication of this book (and fourteen between it and this review) Columbine has disappeared from the public's eye for the most part, leaving only the myths in our minds. Columbine has become less a historical event than abstract symbol for violence in schools, harmful effects of video games, gun violence, bullying, antisocial cliques, rock music, what have you, all of which are terribly simplistic and misleading assumptions, if not simply wrong. Columbine shows that these issues, while important in their own rights, were not direct causes to this tragedy. Cullen, through thorough investigation and a steadfast dedication to his work, calls to attention the root of this horror: psychopathy.

Contrary to popular conception, the killers were not outcasts, not "Goths," not bullied and not on a mission of perverse "outcast justice." They were only "bullied" insofar that they felt others did not recognize their own self-perceived superiority. The massacre at Columbine was the result of a narcissistic sociopath whose only goal was to manifest his irrational hatred through murder. Cullen exposes Harris' inner motivations, gleaned through journals, videos and other evidence, and the result is nothing less than chilling. Finding a suitable partner-in-crime in the depressed and insecure Dylan Klebold, they together formed a murderous dyad, Master and Blaster, so to speak.

Harris' personal vision of Armageddon was two years in the making and lasted less than an hour before the two snuffed themselves, but the effects have left deep psychic scars for the survivors as well as the national consciousness. This is why Cullen's book is important. Cullen dispels the myths that twists the murderers into bullied victims who snapped and presents them as the highly disturbed individuals they were.

While extraordinarily well-written and researched, Columbine is not an easy book to get through. The sadness of the event is profound, the senselessness of the murders truly disturbing, but Cullen brings dignity to the survivors and victims by dispelling the myths and providing a chance, if not to understand, then at least to become, in Hemingway's words, "strong at the broken places."
Tweet