It could be worse: three survival books reviewed

I'm not preparing for the zombie apocalypse, because that's not real. And I'm not a doomsday prepper preparing for the end of days, because that's not real either. I do, however, live in an area that practically invites disaster. Here in the Pacific Northwest earthquakes are not unheard of. There is a danger of tsunami. There are high-profile military and naval bases in the area as well as a major airplane manufacturer, all good terrorist targets. Oh, also there is an active volcano almost within spitting distance. And people complain about our rain.

When I realized all this I had two choices: have a nervous breakdown or get prepared. I thought I'd try the latter first (always time for a nervous breakdown later). Seriously, though, survival situations are practically an everyday occurrence somewhere in the world. When you think of the devastating effects of natural disasters like Hurricane Katrina, the tsunamis in Thailand and Japan as well as man-made disasters like 9/11 one realizes that survival skills are relevant to the average person. Disasters are a reality and if it happens to other people it might as well happen to me or you. It's nice to know at least a few things about how to survive and overcome.

As with anything, though some information is good and some isn't and you need good info when things go south. Here are three titles I've found at my local library: 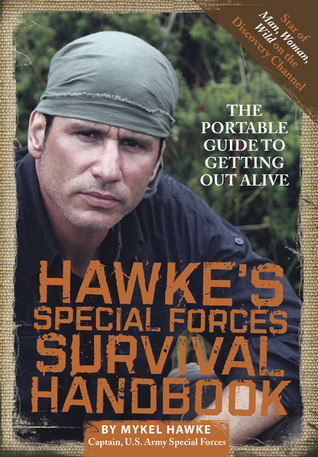 Mykel Hawke is the "star of Man, Woman, Wild on the Discovery Channel." I'll have to take their word for it since I don't have cable. But despite his action-movie-hero-sounding name, Mykel Hawke seems to be the real deal, being a former captain in the US Army Special Forces who now runs a survival training company. Anyway, I have nothing to say about the show since I've never seen it, but Hawke's Special Forces Survival Handbook is a pretty handy basic reference for survival techniques, covering food, shelter, water, fire, navigation, signaling, first aid-- all that good stuff-- all in a compact, sturdy format that you can throw in your ruck for reference when you need it.

While I'm no survival expert, I can say that most of the stuff in the book falls in line with what I have read and also with my very rudimentary personal experiences. But I guess basic techniques aren't going to change much from instructor to instructor. There are a few points on which Hawke differs from common instruction. One is the notion that you cannot drink urine. Hawke tells us (rather gleefully, it seems), "You can drink urine!" and then covers the rules for doing so. This is, of course, only to be done as a last resort (I hope you knew that already).

All in all, and despite the cover photo featuring Mykel Hawke giving us non-Special Forces types the stink-eye, Hawke's Special Forces Survival Handbook is a pretty good basic survival manual that covers the essentials, is well-organized, and handy enough to have nearby. Although it isn't as complete as, say, John "Lofty" Wiseman's SAS Survival Manual, it's not a bad choice. Plus, Hawke's personal wisdom, practical advice and conversational tone make this a nice guide to get familiar with. 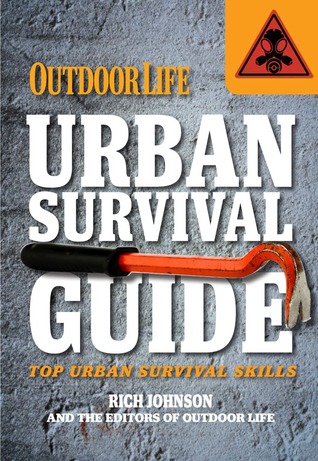 Urban environments have their own nuances but, IMHO, the basics of surviving emergency situations are pretty universal. You need, shelter, water, first aid, etc. So when I saw this title in the library catalog I thought it might enlighten me to conditions specific to urban environments. It doesn't really provide much insight, though, and is nearly worthless as a practical guide to surviving emergency situations. It's really more of a casual reading book that MacGyver wannabes might peruse while sitting on the chemical toilet trying to negotiate the expulsion of freeze-dried beef stroganoff.

Outdoor Life Urban Survival Guide is basically a list of 111 "skills" that are supposedly essential for urban survival. Some of these "skills" are useful, like #50: Use a fire extinguisher (important in everyday life), but most are basically worthless if one is at all serious about the topic. For example, #29: Disarm an attacker (I guess, important, but you're not going to learn that in one page of cartoon drawings. Besides, I think this better falls under the rubric of "self-defense"). #40: Pick a lock (useful? I guess, but I think you can get by without knowing how to pick a lock). #73: Know basic maritime laws (hmmm, not really a "skill" and not really "urban," but okay).  But then things get crazy. #102: Silence your gun. #103: Modify your shotgun. #105: Shoot a crossbow. #108: Throw a knife??? What the hell? I get the feeling this book probably appeals a lot to the nuts who have some sort of post-apocalyptic Mad Max fantasies. I can almost guarantee that none of these things will be a concern when a disaster strikes.  Outdoor Life Urban Survival Guide is of marginal entertainment value and of little practical value, which is a shame because the author purports to be a former SF demolitions sergeant, so I'd think that he would have better sense than to write this stuff. Maybe the Outdoor Life editors are to blame, but whatever. This book is mostly useless.

Modern Survival: How to Cope When Everything Falls Apart by Barry Davies (Skyhorse Publishing, 2012) 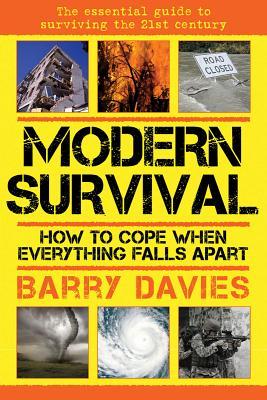 Barry Davies is an eighteen-year veteran of the British Special Air Service, so, again, you'd expect that he knows his stuff. In the case of Modern Survival: How to Cope When Everything Falls Apart you'd be right, but the beauty part of this book is that it's not about skills or techniques per se and more about overall considerations to think about before and during a disaster, any disaster. Modern Survival is hugely relevant to anyone who lives in an area in which a potential disaster could take place (i.e., everywhere).

Davies covers a wide variety of potential disasters, both natural and man-made, from earthquakes and forest fires to civil unrest and terrorist attacks. Again, the main focus here is not so much skill development but rather a conceptual framework, a strategy, for staying out of trouble or getting yourself out of trouble when it is unavoidable, and Davies does this in a practical and easy to understand manner. Modern Survival is not always a pleasant book to read, though this is a positive and not a negative. Davies, with characteristic British calm, makes clear that during a disaster things will likely be very unpleasant. One may be injured or have injured loved ones to look after. Even worse, loved ones may be dead or missing. Davies' point isn't to scare the reader, but rather to present the scenarios as realistically as possible while still emphasizing that these obstacles can be overcome.

Most importantly, Modern Survival is a practical guide for the average civilian. It's full of common sense advice. For example, his most important piece of survival gear? A smart phone (I should get one, one of these days. My seven-year old flip phone has lost its panache). Another piece of advice from Davies? If the authorities warn you of a tornado, or a tsunami, or whatever, leave immediately. Do it! Common sense, right? But it bears emphasis because so many people don't and so many people die because of that.

Of the three books reviewed here, I think Davies' Modern Survival is probably the most important. Skills can be learnt from a variety of sources and most of the basic ones are pretty universal. There are many books that cover these. But Davies' practical and realistic insights regarding coping with disaster is something that I haven't seen too much in "survival" books, many of which focus on various skills and techniques without relating them to a modern, urban, eveyday context. Modern Survival is a highly relevant book that I consider a must-read for those wishing to increase their chances of surviving disaster.

It could be worse (famous last words).

It's easy to obsess over this stuff, but I wouldn't worry too much. You can't be prepared for everything. I don't think it's necessary to become a "survival expert," but knowing some good, basic principles can go a long way and it's kind of fun. I have some more books I'm perusing and I might review them at a future date.  Until then, be safe. And remember: You can drink urine!